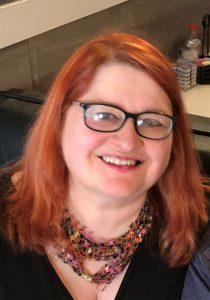 Elonka Dunin is an experienced crypto expert, co-founder and co-leader of a group of cryptographers who are working hard to crack the final cipher on the famous Kryptos sculpture at CIA Headquarters.  She maintains a list of the World’s most famous unsolved codes on her elonka.com site, and in 2006, published The Mammoth Book of Secret Codes and Cryptograms.

Bestselling author Dan Brown named one of the characters in his Da Vinci Code sequel, The Lost Symbol, after her. “Nola Kaye” is an anagrammed form of “Elonka”.

Elonka is a member of the Board of Directors for the National Cryptologic Museum Foundation, and is a lifetime member of the International Game Developers Association. For over two decades she was General Manager and Executive Producer at Simutronics in St. Louis, Missouri, making award-winning multiplayer, social, casual, and mobile games such as GemStone, DragonRealms, Modus Operandi, Alliance of Heroes, CyberStrike, Tiny Heroes, and One Epic Knight. 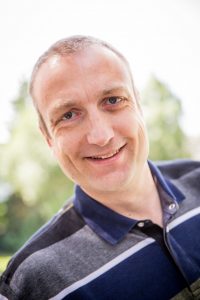 Klaus Schmeh is the most-published cryptology author in the world. He has written 15 books (in German) about the subject, as well as over 200 articles, 25 scientific papers, and 1300 blog posts. He is a member of the editorial board of the scientific magazine, Cryptologia. Klaus’s main fields of interest are codebreaking and the history of encryption. His blog Cipherbrain is read by crypto enthusiasts all over the world.
Klaus is a popular speaker, known for his entertaining presentation style involving self-drawn cartoons and Lego models. He has lectured at hundreds of conferences, including the NSA Cryptologic History Symposium, HistoCrypt, the Charlotte International Cryptologic Symposium, and the RSA Conference in San Francisco.
In his day job, Klaus works for the German cryptology company, cryptovision.